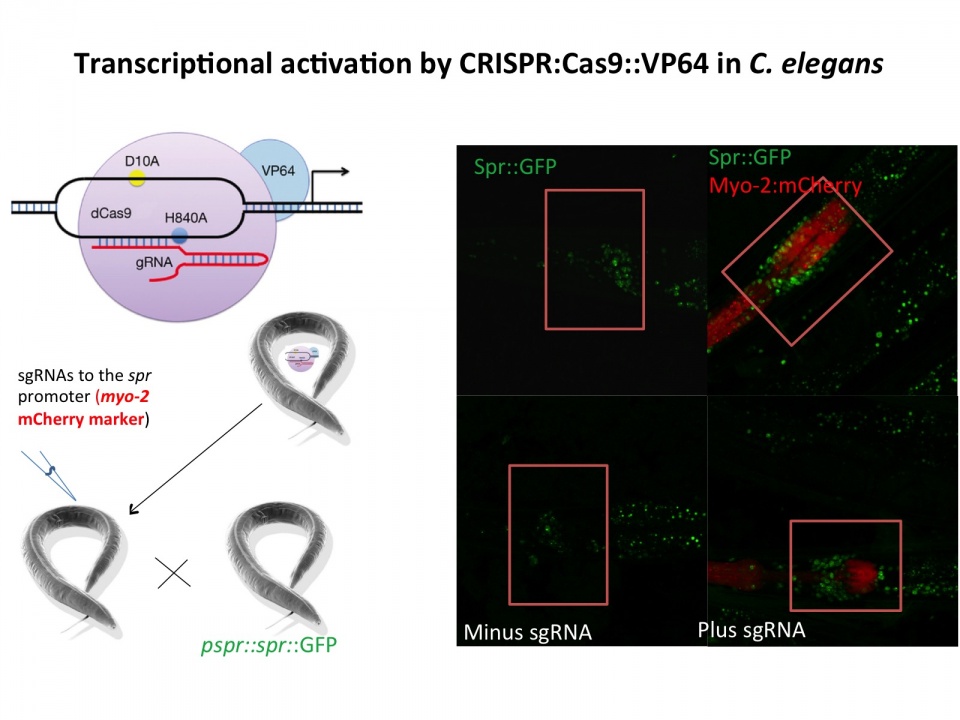 We are studying the role of gene regulation, genome stability and stress resistance in aging and neurodegenerative diseases using the nematode worm C. elegans as a model system. We have shown that worms with mutations in orthologs of the mammalian REST gene exhibit altered stress response phenotypes (Lu et al., 2014). Moreover, many of these phenotypic profiles are conserved from worms to humans.  We are using this model system to define the signaling pathways that regulate these phenotypes.  In collaboration with Monica Colaiacovo’s lab, we are also investigating the role of genome stability in C. elegans aging and stress resistance.  In collaboration with George Church’s lab, we have developed a variation of the CRISPR-CAS9 system in which a CAS9-VP64 fusion protein can be targeted by small guide RNAs to any promoter to transactivate endogenous genes. This approach is being used to simultaneously activate multiple members of a transcription factor/epigenetic complex to achieve physiological regulation of gene expression.  As such, we use the worm as a model to test hypotheses and expand our understanding of aging biology and neurodegenerative diseases.