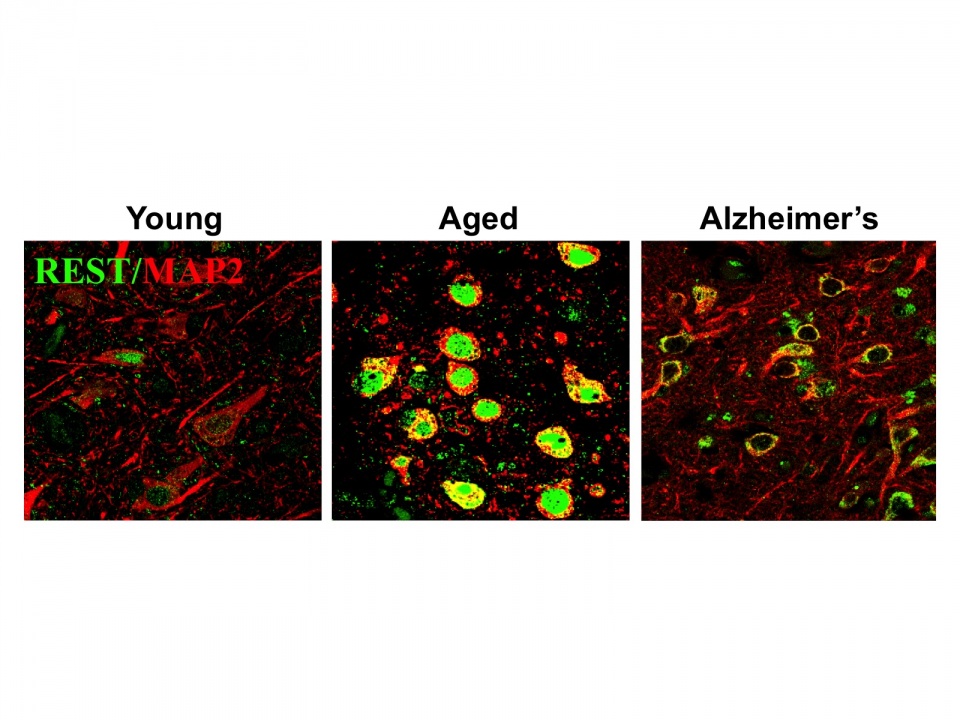 We have recently discovered that the master developmental regulator REST/NRSF is induced in the aging human brain and coordinates the expression of a gene network that may protect aging neurons from neurotoxic stress, synapse loss and overexcitation (Lu et al., 2014). This pathway regulates the expression of genes that are involved in cell death, inflammation, oxidative stress and AD pathology. Induction of REST correlates with preservation of cognitive function during aging, whereas loss of REST is associated with cognitive decline. Our studies seek to elucidate the regulatory role of the REST network in protecting aging neurons using REST conditional knockout mice and cell culture models.  New high-sensitivity transcriptome sequencing technology together with informatics analysis is being used to define the REST-regulated gene network. By applying this systems genetics approach to well-characterized human brain samples from the Religious Orders study, we are defining REST-regulated gene networks predictive of successful aging, early cognitive decline and AD.  A central question is how this gene network systematically fails in individuals who develop AD, and whether this decline can be reversed. The protective effects of the REST pathway raises the exciting possibility that the aging brain could be protected  by a novel therapeutic approach based on activation of the brain's endogenous defense network.